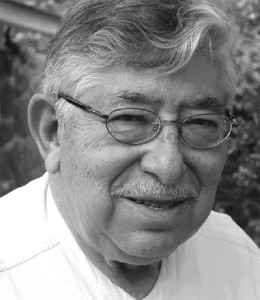 On January 8, 2014 our honorary member Jorge Silva died in Tlalpan, Mexico, at the age of 94, after he suffered a heart attack. The Mexican Psychoanalytic Institute owes him a lot.

In 1963 he was the most engaged person to build up an own psychoanalytic institute close to the National Autonomous University of Mexico (UNAM).

When Fromm in 1951 started his first psychoanalytic training course in Mexico, Jorge Silva participated. After his graduation, he served for many years as a lecturer, training analyst and supervisor at this institute. But even after leaving the institute, he continued his work along similar lines.

For many years he was a member of the Executive Committee of the International Federation of Psychoanalytic Societies (IFPS) representing Fromm’s Mexican psychoanalytic institute. He also served as an active member in the International Erich Fromm Society from 1985 on. Whenever he could participate in our international conferences he presented papers and gave seminars introducing interested members in Fromm’s understanding of dreams.

In spite of his advanced age, he maintained both clarity of spirit and of mind. He continued writing and could look back on a long list of publications (most of them are available at the Erich Fromm Document Center, through our website. His greatest support was his deeply loving wife, Inés, and the support he received from his friends and students. To the end, he maintained an inner dialogue with Erich Fromm, with his ideas, and his biophilic ways of living.

Please join us in mourning a great friend, a patron of Erich Fromm’s ideas and legacy, and of our society.